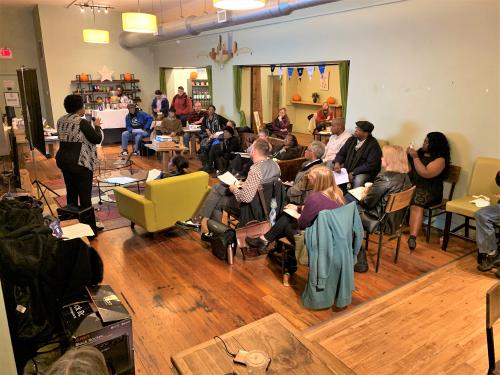 In 2017, the Department of City Planning completed a two-year community engagement process which led to the introduction of a city-wide ordinance that establishes requirements and benefits for community organizations. The stated purpose of the Ordinance is to "obtain informed and inclusive participation from as many neighborhood stakeholders as possible." Despite serious concerns expressed by community organizations affected by the Ordinance, the City passed SS178E titled "Registered Community Organizations" in September 2018. This vote amended the Pittsburgh Code Title One: Administrative, Article IX: Boards, Commissions, and Authorities, thereby creating a Registered Community Organization (RCO) status.

Please see a timeline below of our efforts, as well as links to the legislation, the letter the Hill CDC sent to the Mayor's Office and City Council, and the coalition's public statement. If you are interested in joining our coalition and learning more please contact Felicity Williams, Programs and Policy Manager and Special Assistant to the President and CEO at 412-765-1820 or fwilliams [at] hilldistrict.org.

November 14, 2018 - Hill CDC sent a letter to the Mayor's Office and all City Council Members expressing our concerns and inviting them to attend a citywide conversation

May 18, 2019 - Hill CDC released a Public Statement from the coalition

May 20, 2019 - Conversation with Councilwoman Gross (Chair of the Land Use and Economic Development Committee) who introduced the legislation, who informed us the legislation was a directive from the Mayor's Office

June 7, 2019 - Coalition members met with Chief Gilman and Councilman Lavelle to begin to work towards a more equitable RCO ordinance