Rice on the Road 2015 Lecture Series Comes to Hill District 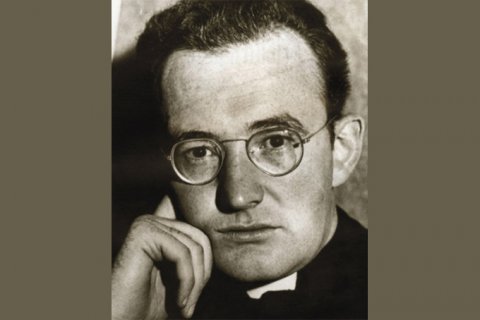 Duquesne University has been conducting the third annual Rice on the Road Lecture Series.

Named in memoir of Monsignor Charles Owen Rice, a former student, this is an activity that began as a scholarly initiative when guest lecturers would be brought into the University to speak to students. Three years ago, the program took on a new look.

According to Dr. Darlene Weaver, director of the Center for the Catholic Intellectual Tradition, she was actually hired by the University to run the Center and manage the lecture series. It occurred to her and other administrators that there must be a better way to utilize the funds associated with the lecture series; a way that would align better with the mission of the University as well as increase the presence, connection and commitment to the community within which it sits.

"It is generally easy for a University to sit on it's lofty perch and make only perfunctory connection to the community; we wanted to be sure we weren't slipping into that format, " she said. "We had done the series before but usually divided the time between neighborhoods, we decided this year to run the entire activity within the Hill District."

To this end, the series commenced on March 19 with "Community in Context: A Guided Tour of the Hill District," led by Terry Baltimore, director of Community Engagement at the Hill House Association. On April 8, at the Thelma Lovette Y, a workshop, "Community Revitalization: Four Points of View," was held. This was designed to have the participants hear from community leaders about what the revitalization of the Hill District could mean to both former and new residents, and the issues brought to bear.

The tour gave participants a vivid view of what this community looks like and provided an historical overview of the landscape; allowing students and staff (this was the first year it was open to University staff) to experience some of the visual assets of the neighborhood.

"We felt this tour to be an essential step in dispelling many of the myths associated with what it is like to live, work and play in the Hill," Weaver said.

Carl Redwood, executive director of the Hill District Consensus Group and one of the facilitators of the April 8 workshop, led a discussion around the disappearance of affordable housing.

He said, "the disappearance of affordable housing is bigger than the Hill District; throughout the city there is a campaign to raise the median income, along with an effort to bring in more rich and cast out the poor. Addison Terrace,the oldest Housing Authority Project, in the city is an example.

"Before it was torn down, there were 734 units at Addison Terrace, after the new development only 186 remain. Plus, less than half of these 186 will be affordable for low-income folks. As a result we will probably lose another elementary school because the families just aren't there."

Another facilitator during the workshop was Ujamaa Collective Founder Celetta Hickman who spoke about the an Africana woman leading the economic development for herself and other women, and the barriers faced.

"If women are to be a part of the revitalization of this neighborhood then we must be taken seriously and our concepts of what our economic development accepted as feasible," Hickman said. "We should not have to have 'well known' names nor our business look like "Downtown" for the promotion of our own self determination to be deemed viable."

An adamant supporter of the value of Green space, Hickman also shared that "revitalization counts heavily on green space--whether in the form of parks, urban farms, overlooks/spectacular views, housing with front and back yards and front porches."

"These are the things that attract families; and families make communities more stable and revitalization more of a reality."

The closing workshop, "Trauma-Informed Community Development and Revitalization," held April 14, expounded on the benefits of a collaborative formed between Duquesne University and FOCUS Pittsburgh after beginning to work together last year which helped launch a free health clinic, including behavioral health treatment, as well as forming scholarly approaches to community development.

"We are moving forward to implement this Trauma Informed Community development strategy and to also bring to light to the notion as well," said Paul Abernathy, director of FOCUS Pittsburgh. "It's a ground breaking paradigm shift in understanding development in underserved communities and the prevailing human factors. It's an endeavor which could potentially have national and international implications. Therefore it is an exciting time for the community and also for the city of Pittsburgh as we move forward to create a model that could be used in many regions."

The Spiritan is a Religious Order/Congregation that practices a ministry of "Charism" (pronounced Care- ism) which means to reach out to the disenfranchised, meet them where they are and assist in concert with what they are already attempting to do with their lives--to support efforts for self sufficiency within a group/population. Founded in 1703, they've been committed to this servant leadership for centuries and are part of the Roman Catholic Faith. With missions in more than 60 Countries, they place a very special emphasis on Education. Duquesne University is one of the first universities to become a Spiritan College, according to Weaver. It is this spiritan tradition of "Charism" (Carism) that informs the Commitment Duquesne University has made to connecting to and increasing participation in the Hill District Community.